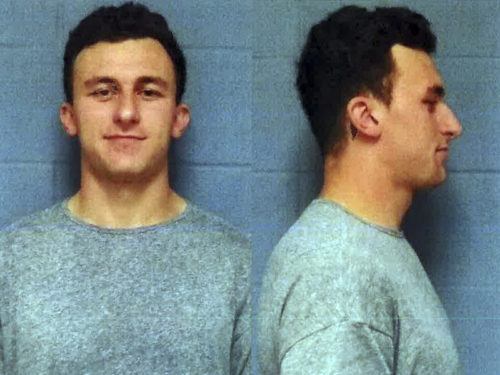 If there’s anything we’d though would set Johnny Manziel straight, it would have been getting arrested for a domestic abuse charge. Apparently not.

The former Browns QB turned himself over to Highland Park Police after being indicted for the incident last week, and went through the routine, which included this mugshot which he stands smirking in.

Manziel took to Twitter shortly after he was released after posting bond, tweeting a joke in reference to a prior mug shot where he appeared shirtless. The mug shot he was poking fun at: Manzie is scheduled to appear in court Thursday for his misdemeanor assault charge.