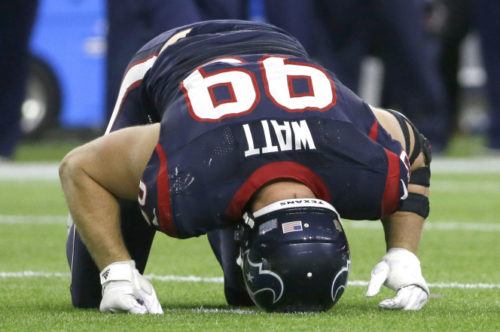 JJ Watt’s hope to start the season Week 1 with the Texans seemed all but hopeless after news surfaced of the star having an operation to repair a herniated disk in his back.

With the surgery having been done as late as July, it was reported Watt would miss all of training camp and the preseason, as well as a few regular season games.

That has all but changed, as Watt annoyed he will be back with his team for their first game of the season, and announced it via one epic Instagram post.

Cue the Bears pooping their pants.