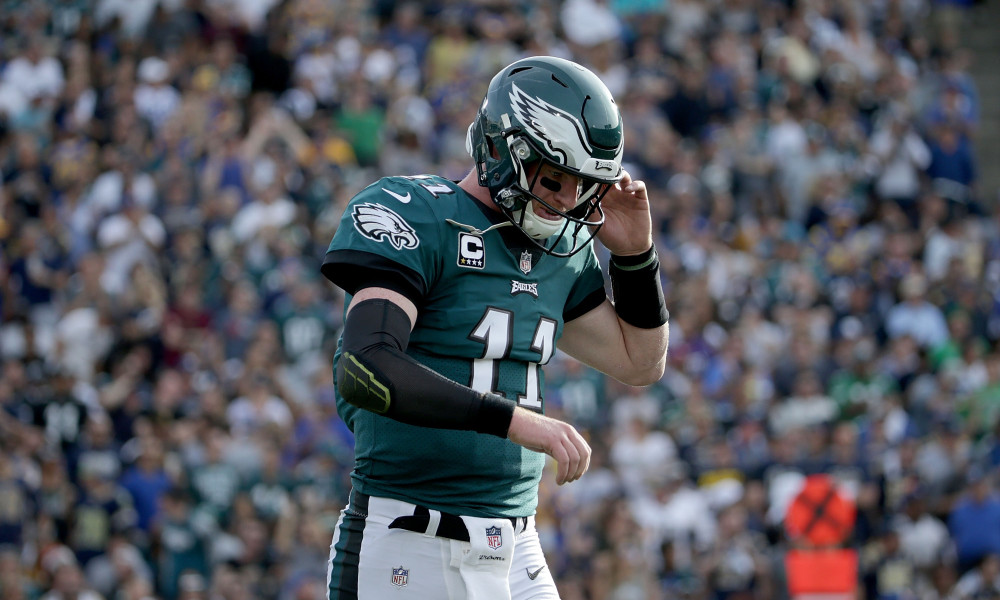 Carson Wentz went down with what we now know was an ACL year during Sunday’s game against the LA Rams. Keyword, down – not out.

The Eagles star sophomore QB remained in the game for another possession, running four plays including a touchdown pass to WR Alshon Jefferey.

If Carson Wentz does indeed have a torn ACL, he will have stayed in the game, played four more plays, and thrown a TD to Alshon Jeffery with an injured knee.

Here is that touchdown pass:

When it comes to The Eagles this year great risk usually equals great reward on 4th and Goal TOUCHDOWN EAGLES CARSON WENTZ TO ALSHON JEFFERY TO REGAIN LEAD AND SETS EAGLES FRANCHISE RECORD ON THAT PASS AS WELL 33 TOUCHDOWN PASSES ON THE YEAR 🏈🏈🏈🏈#FlyEaglesFly pic.twitter.com/yTDgiWkoi9

Wentz could be seen noticeably favoring the leg, trying to deliver the ball while inside the pocket despite the pressure without having to escape.

Depending on the severity of the tear, an athlete can still walk or run on an ACL injury, as the liniment simply restricts lateral movement and stabilization of the joint, playing no part in physically moving the leg.

That issue with stabilization was on display as Wentz’s knee awkwardly buckled backwards as he walked off the field following the injury.