The Juice is loose!

O.J. Simpson showed up to the Bills playoff game in Jacksonville Sunday to cheer on his former team, and fellow Buffalo fans couldn’t help but snag a pic. 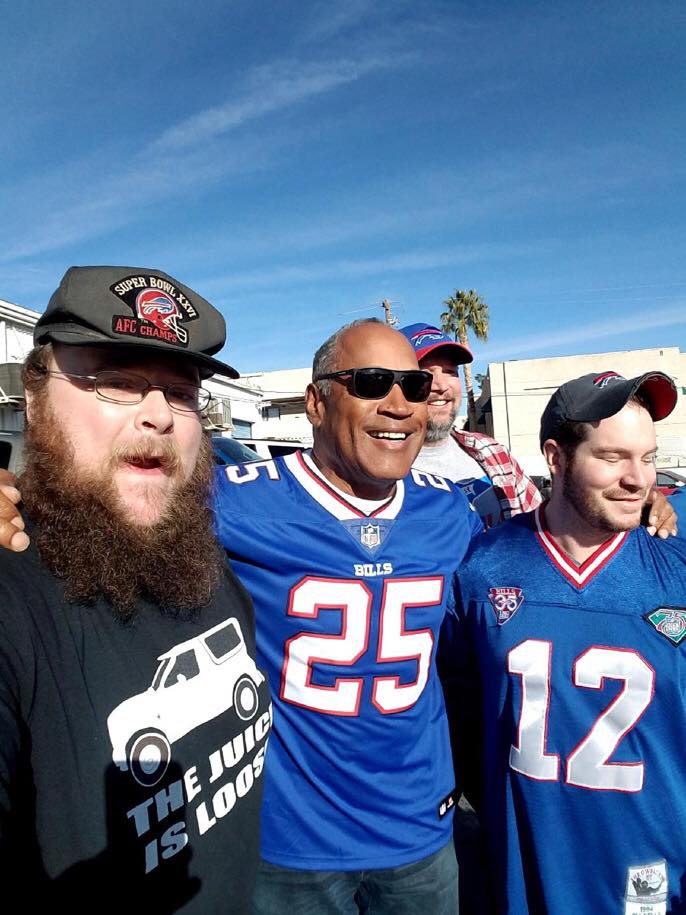 Simpson being at the game marks one of the few times he’s been spotted in public since being released from his prison stint in October.