The overall narrative surrounding the Eagles quarterback situation is that Carson Wentz is an MVP caliber quarterback and Nick Foles is a career backup.

Foles has gotten no respect, primarily because he failed as an Eagles starting quarterback and was traded for Sam Bradford and later was benched by the Rams in favor for Case Keenum. His path back to Philadelphia and starting in Super Bowl LII is as strange as they come.

Meanwhile, Wentz has received all the love because he’s a former No. 2 overall pick with an  exciting future.

But this crazy stat might prove that these two aren’t so different. During ESPN’s coverage of the Super Bowl Opening Night, this eye-popping stat comparing Foles and Wentz was thrown up on the screen: 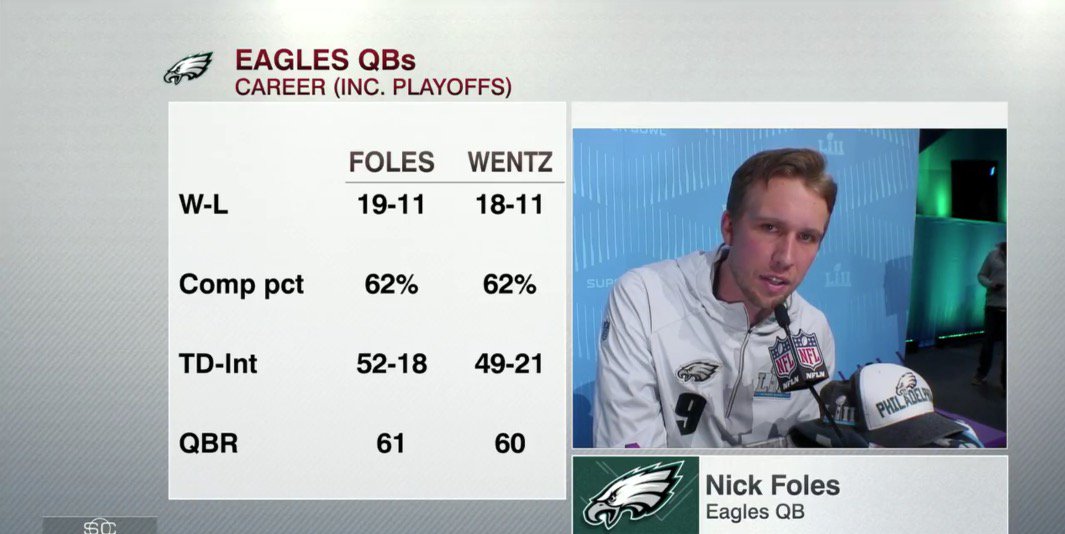 The big asterisk in all this is the fact that Foles was drafted in 2012 and has played longer than Wentz, who was drafted in 2016 but it is worth noting that, from a statistical standpoint, maybe the dropoff from Wentz to Foles is not quite as steep as some have said.