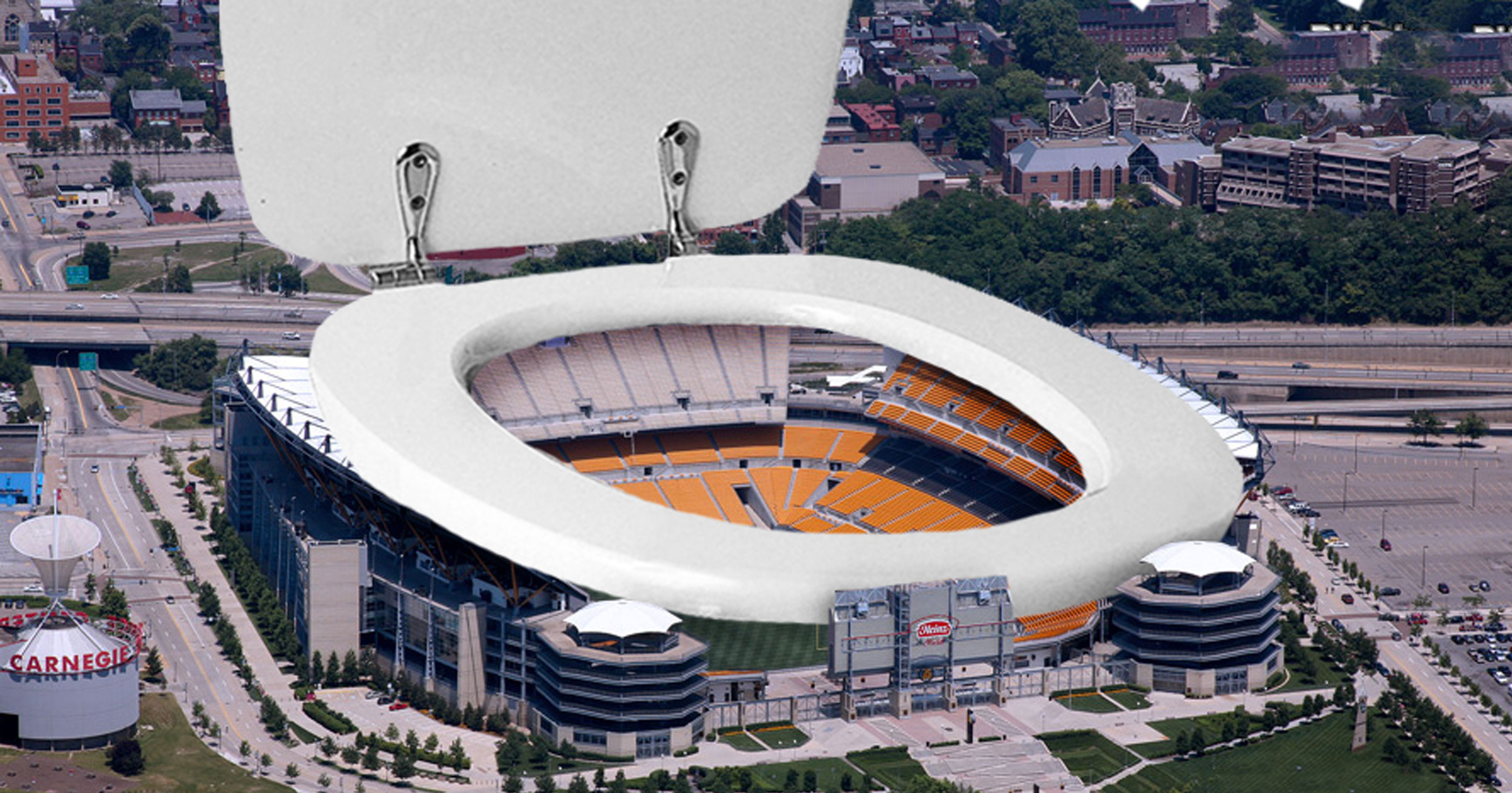 PITTSBURGH, PA – The Pittsburgh Steelers unveiled their new retractable on Heinz Field Friday morning, the completion of a $200 million renovation to the stadium.

Heinz Field has been notorious for having awful field conditions after any amount of rain, and the new $100 million roof will help solve the problem, being able to fully close or open in just 20 minutes.

“We wanted a design that would stand out, one that would reflect the Steelers, especially the part of when we get deep in the AFC Playoffs,” owner Art Rooney II told reporters during the ceremony.

The design was done by renowned French industrial designer Wegoteliminated Bythejaguars, who also helped construct the roof of AT&T Stadium, home of the Dallas Cowboys.