Peyton Manning is a national treasure.

ESPN is trying out a new MegaCast this season which includes watching every Monday Night Football game along with Peyton and Eli Manning casually commentating it in a joking manner, and it’s off to a good start.

Prior to the first snap for the Raiders on the season, Peyton said he would use it to predict Vegas’ final regular season record.

He landed on 6-11 after an incomplete pass thrown into tight coverage.

Manning was up to other entertaining antics as the game progressed. 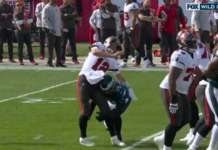 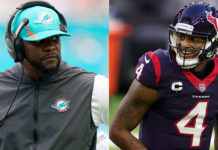 Cameras Catch Mac Jones Getting Distracted By His Own Breath In Freezing Cold vs. Bills 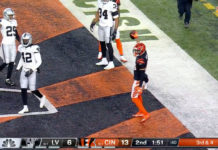