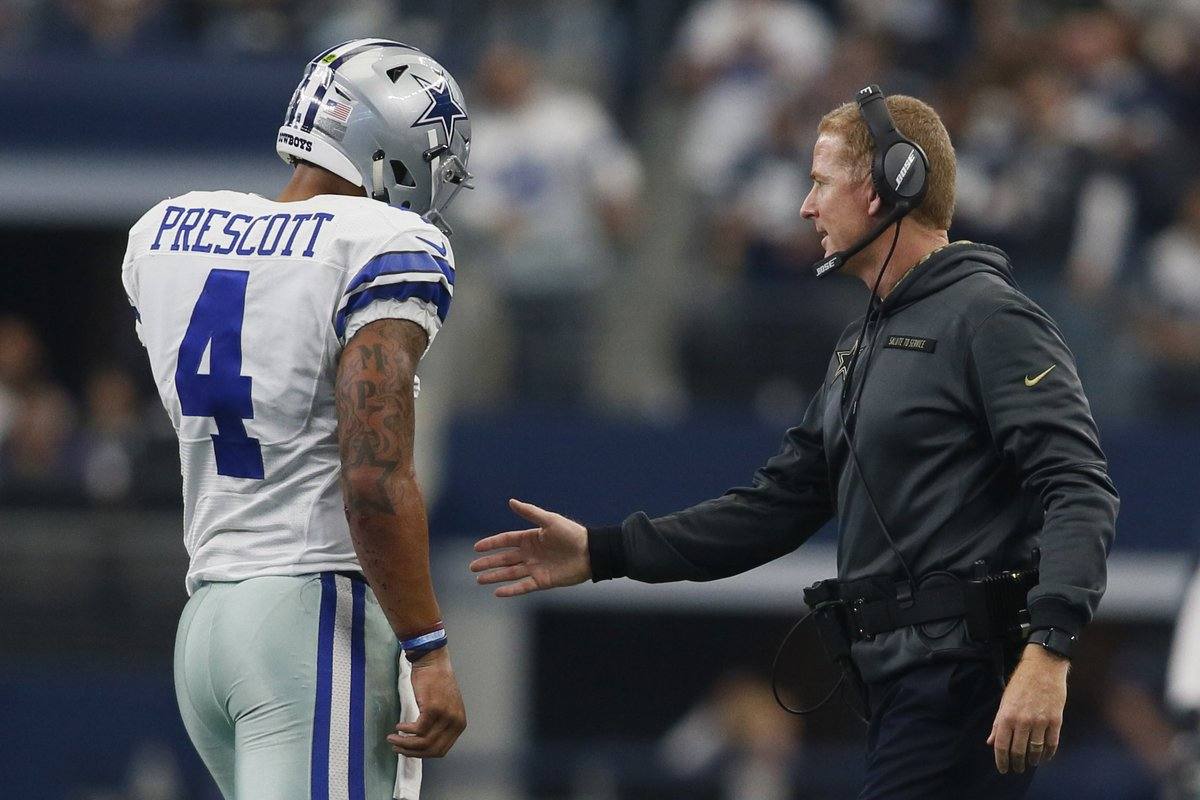 Just three games into the new season and Cowboys fans are fed up.

Ever since the end of his rookie campaign, Dak Prescott’s tenure in Dallas has been less than stellar – the latest outing of which included a 19-34, 168 yard, no TD, 2 INT performance in a 24-13 loss to the Seahawks Sunday.

Frustrated, Cowboys fans have gone as far as to create and sign a petition to have Prescott cut and head coach Jason Garrett removed. Over the course of 3 games in the 2018 season, Dak Prescott is averaging 166 yards,  .66 touchdowns a game and a qb rating of 38.5. Those statistics are below average for any quarterback at the professional level. Jason Garrett has run out of reasons to be the Dallas Cowboys head coach with a shoddy overall record of 67–54 (.554) and 1-2 in the post season. He is a walking, talking, participant trophy. I’ve seen pee wee coaches with more fire and fight than him. These two are ruining the Cowboys franchise one game at a time. I’m asking fans to sign this petition in order to save the Dallas Cowboys name and embarrassment in the 2018 season. We have seen enough mediocre football. It’s time to admit we were wrong for giving the keys to the Cadillac to a student driver.

You can see the petition in full HERE.