As we all know now, Nike, Adidas and shitty, ugly logo having Under Armour have all said they will not sign Lonzo Ball to a shoe deal. Just last week, Nike consultant George Raveling, at SportsBusiness Journal’s World Congress of Sports, called his father LaVar “the worst thing to happen to basketball in the last hundred years.”. Why all the hate?

If that is not bad enough, fans are smugly laughing it up as everyone says that Lavar Ball is an egotistical nutcase ruining his kids financial future.

Well…I have another take.

Lavar Ball is challenging the status quo with steadfast and old fashioned American ingenuity. What Ball is doing is exactly what Americans dream about. He is essentially creating a company out of his garage and taking on the big names.

The big companies have every right to be scared of what Lavar Ball is doing and I totally understand why they would aggressively shut him and his sons out. They hope to make examples of the Ball family. Why? Because if the Ball family gets their way it sets a dangerous precedent for the future in regards to shoe deals. Every new star after will want something similar.

So, I understand their fear.

But why in the hell are the people mad at him? He is a father of 3 well behaved, well loved boys who just love to play basketball. He is in their lives. He knows that any deal made already exploits his kids, so why not ask for a bigger piece of the pie? Why not take the chance to grow his brand? It is crazy to see everyone foaming at the bit to watch this guy fail. His son is a potential #1 pick and the big shoe companies are scared to death of signing him because of the precedent. This is not about the talent. This is about the money. This is the American way.

This is basically The Matrix in a nutshell. Neo is trying to do things that have never been done before and the Agents are the big companies trying to stop him. And the people, as Morpheus says, are “not ready to be unplugged. And many of them are so inert, so hopelessly dependent on the system that they will fight to protect it”. Yes, I just compared Lavar Ball to Neo. (Throws up in mouth).

But seriously. We have seen companies come from out of nowhere and become huge. Steve Jobs did it with Apple. Before Facebook there was Myspace and Tom who seemingly had social media on lock. And of course, Under Armour did it and they have the shittiest, most ugly logo in all of sports history. Imagine if they listened to all the detractors and stayed out of the way and did not challenge Nike. But look at UA now, actually acting like they are one of the “Big 3” in the shoe game. Here in America, I thought we liked to see fellow Americans follow their dreams and build big successful businesses.

So what makes Lavar Ball any different? Why should Lavar Ball “know his place”?

Is it because he is a douche bag as a person? That didn’t stop dick head Zuckerberg from making Facebook.

Is it because his designs suck? That didn’t stop ugly shitty Under Armour from doing well. IF ugly ass UA can do it, why not BBB?

Is it because he is exploiting his kids? So it’s okay for Nike to exploit his son by paying him millions, but it’s not okay for Lavar to exploit his by trying to get him billions?

So what is it then?

Maybe if Lavar Ball was Billy Rae Ball and him and his sons were from Kentucky this wouldn’t be an issue. I dunno. The big shoe companies are teaching the Ball family and every other potential #1 player a lesson much like the NFL is teaching Colin Kaepnernick and all over potential protesting player a lesson: “Shut your mouth and know your place”. The people, the American people, should be behind the Balls (lol).

But fuck all that. I will support Ball and I wish him and his shitty ugly Big Baller Brand the best. After all, his success is American success. Right? RIGHT??? 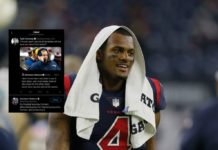