Harambe the gorilla was tragically killed in May earlier this year, served the Cincinnati Zoo for 15 long years, and now Bengal fans want to pay their respect to the primate, with what seems like the ultimate gesture – name their professional football team after him.

In effort to remember Harambe, who’s transcended into a meme-like figure, Julian Ortiz from Gilbertsville, Penn. is petitioning the city of Cincinnati and the Bengals to re-name the franchise the ‘Harambes.’ The petition currently rather embarrassingly, yet hilariously, has close to 9,000 signatures.

You can see the actual petition HERE.

We tried to image the perspective team logo, and we have to admit, it’s not too shabby. 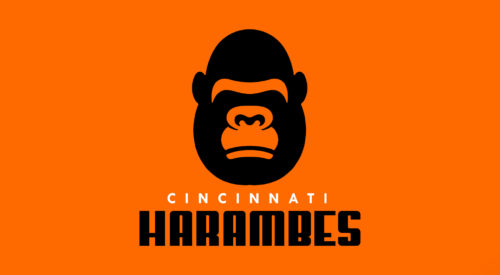 Rest in peace, Harambe. You haven’t been forgotten. Especially by Bengals fans.