For the first time on a Monday night in September in who knows how long, Monday Night Football may not be the most entertaining thing on television.

The first presidential debate between Donald Trump and Hilary Clinton airs tonight as well, and in typical Patriots fan fashion, Tom Brady is still the only thing on New Englander’s minds. Before the debate, one Pats fan showed up to the CNN set and took a shot at commissioner Goodell with this sign that was caught on the telecast. 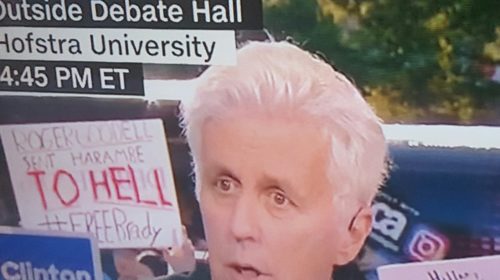 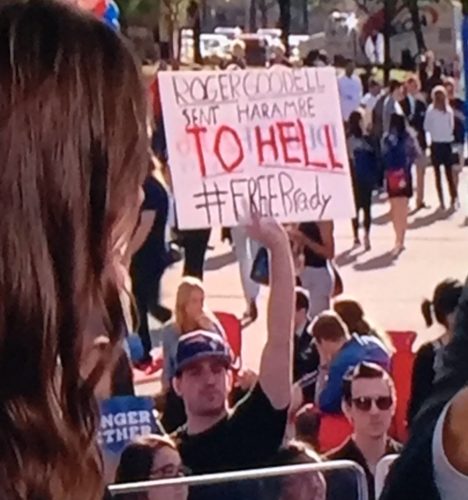