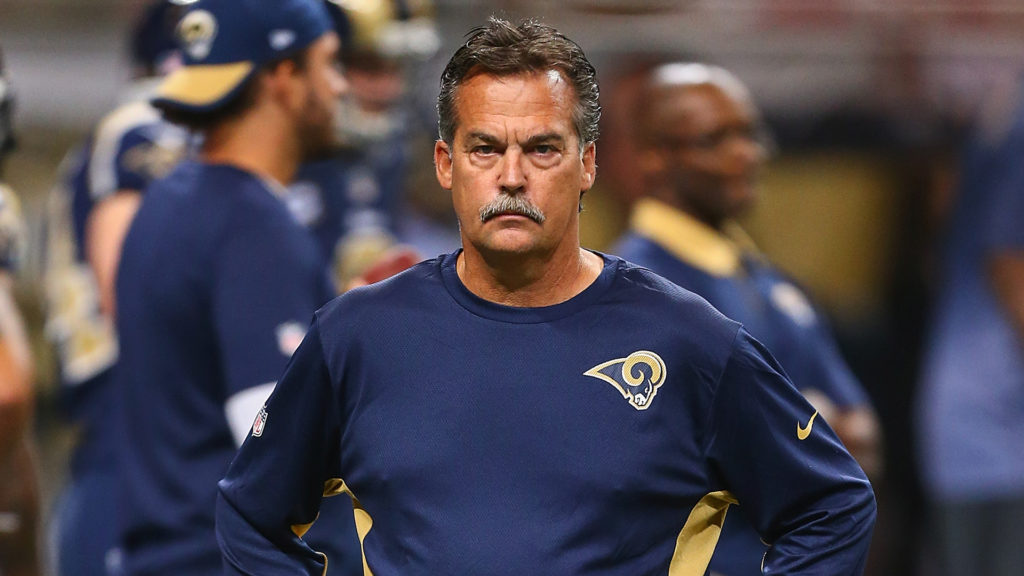 Many wonder if Jeff Fisher will ever see an NFL sideline again.

The former Rams coach was fired during the season after another disappointing year with the Rams became the butt of jokes amongst losing in the NFL.

Apparently even when he’s no longer coaching, he’s still the butt of jokes.

Fisher was spotted in LAX this weekend, looking moderately homeless, wearing crocs and holding a dog pressed to his chest, appearing as if he hasn’t shaved since he was let go. Damn Jeff, you lost your job, not your house.

It’s almost as if he hasn’t showered in about 7-9 weeks.