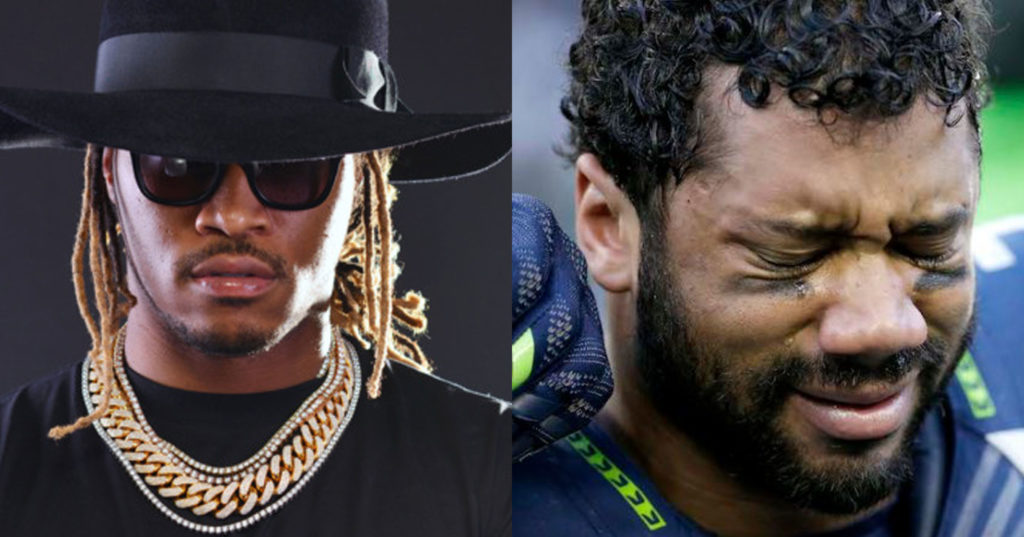 Rapper Future’s appearance at the match between the Atlanta Falcons and the Seattle Seahawks has reignited the silent war between him and his ex Ciara, who is now married to Russell Wilson.

The Low Life rapper was rooting for the Falcons, which ultimately emerged as the winner in a match in the divisional round for the National Football League.

The music artist reportedly got carried away after the victory of his home team and sent Falcons jerseys to his three-year-old son with Ciara, Future Zahir. The singer allegedly plans to bring his son for the next playoff game and wants him to support the Falcons despite the fact that Future Jr’s step-father, Wilson, plays for the Seahawks.

“Future loves his Falcons and was so impressed with Matt Ryan’s performance that immediately after the game he sent several child size Ryan jerseys to Ciara and Russell’s for his son to wear. He doesn’t think it’s being petty. He plans on bringing Future Jr. to the next playoff game and wants his son to support the Falcons and be part of the winning squad with a phenomenal quarterback as they make a run for the Super Bowl,” the source told Hollywood Life.

“Like any dad, Future wants to bond with his kid and take him to ball games and what better way than to be on the sidelines at a Falcons game,” the source concludes.

The 31-year-old singer, who is pregnant with Wilson’s baby, was reportedly not thrilled to see her ex-beau cheering for her husband’s opponents. And in true Ciara style, she subtly shrugged the entire controversy with a sweet family picture where she and the Seahawks quarterback are seen with their son. Ciara was also spotted wearing her husband’s jersey number in the same picture.