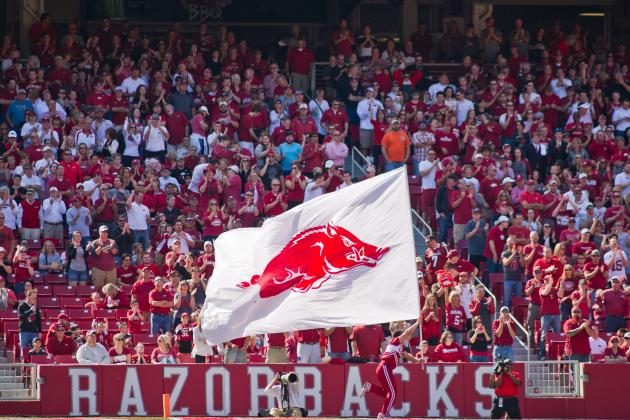 This should end well.

A new law signed by Arkansas Governor Asa Hutchinson on Wednesday allows concealed weapons to be carried into sporting events at Government-owned facilities in the state.

According to Andrew Demillo of the Associated Press, the law will be taken into effect on September 1st, but it guns won’t be allowed at sporting events until early 2018:

The law takes effect Sept. 1, but Arkansas residents likely won’t be allowed to carry concealed weapons into the expanded locations until early next year. The law gives Arkansas State Police until January to design the additional training that’ll be required. More than 220,000 people have concealed handgun licenses in Arkansas.

The legislation originally was intended to only allow faculty and staff to carry concealed handguns at college campuses, but the bill expanded as it hit roadblocks in the Legislature.

The NRA backed the original bill but then dropped its support when it was amended to limit campus carry to people who were at least 25 years old and went through up to 16 hours of additional training. The gun rights group supported the version Hutchinson signed into law.

You can read more about the bill here.