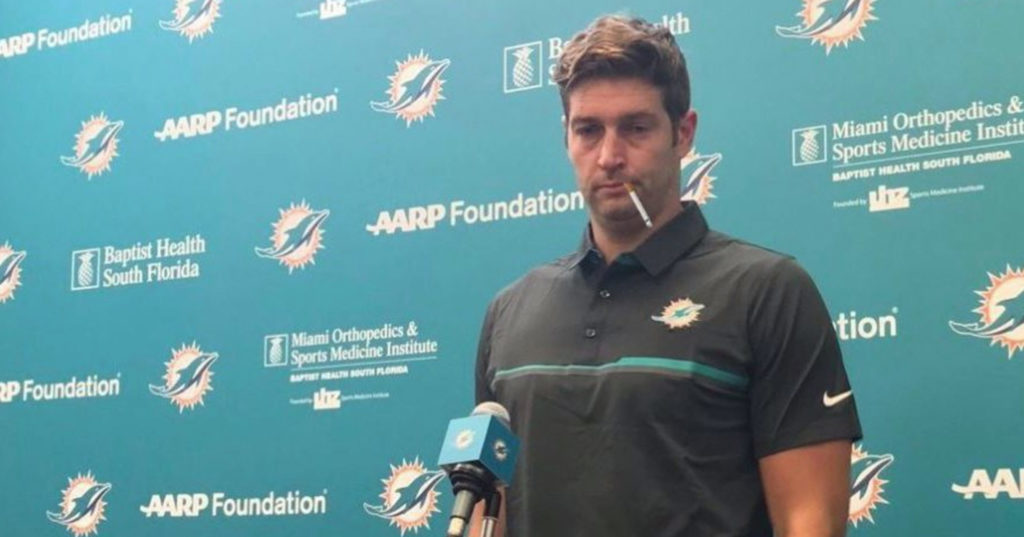 Cutler arrived at the team’s facilities in Davie on Monday, and will begin the process of acclimating himself with his new team as well as returning to playing shape.

Though he won’t be ready for the first preseason game, Cutler will lead the huddle for the Phins Week 1 when they take on the Buccaneers at home.

The Dolphins announced their promotional schedule Monday, and in light of Cutler’s first start, will give away cigarettes to the first 10,000 fans who enter Hard Rock Stadium on September 10th. “We thought there’s no other thing more connected to the Jay Cutler brand and what he brings to this football team than some cigs, Dolphins VP of fan engagement Rick Stoddard told Natasha Kelly of the Sun Sentinel.

“What can you say other than our home opener is going to be lit.”