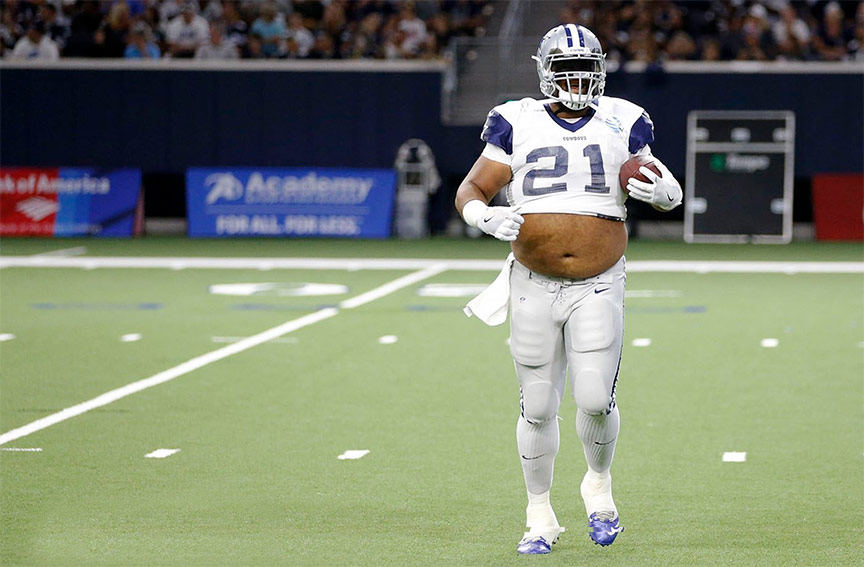 It appears as if the Cowboys may have fed Zeke too much.