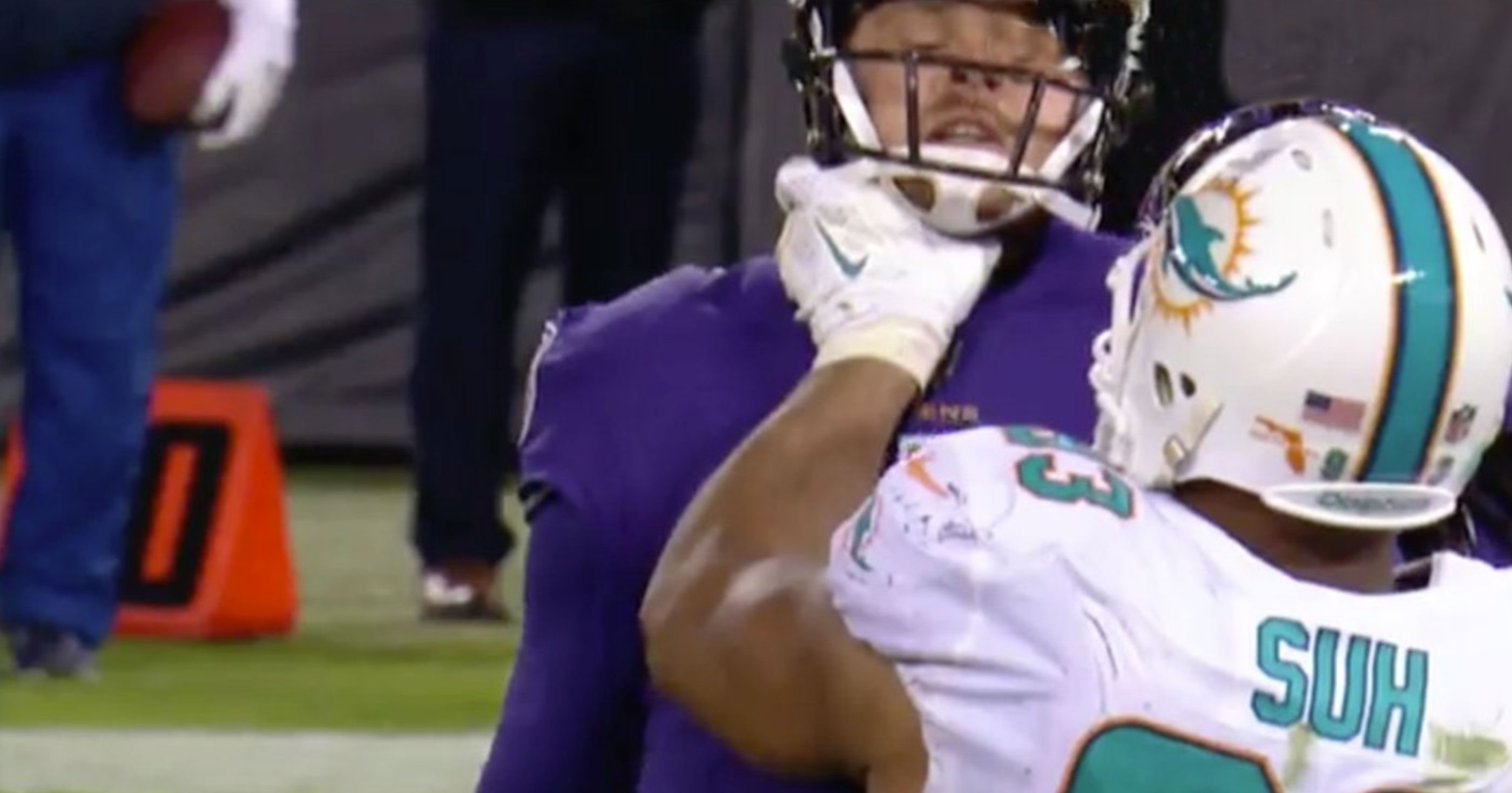 Ndamukong Suh had a long stretch of time between personal foul penalties. That streak has ended.

The Dolphins defensive tackle known as one of the dirtiest players in the NFL was hit with two such penalties Thursday night against the Ravens, the latter of which came when Suh grabbed Ravens backup QB Ryan Mallet by the neck following a 4th quarter play.