The 49ers haven’t been good in recent years, but with the promise of the end of last season mostly in part to new QB Jimmy Garoppolo, San Francisco looks like it could return to the form of the dominant teams of the glory days.

That’s exactly what the team is looking to capture with their latest uniform, a throwback alternate with inspiration drawn from the franchise’s last Super Bowl win in 1994.

The team held an event Wednesday night where they unveiled the uniforms to the 49ers faithful.

This is the armor of legends. #94Niners pic.twitter.com/zcPYxCfge4

The new design includes a signature three-stripe pattern on each shoulder of the all whites, bring back the old school number style as well as helmet logos and decals from 1994.

The 49ers will wear the unis twice this season.

Here’s more images of the new, or shall we say old, look: 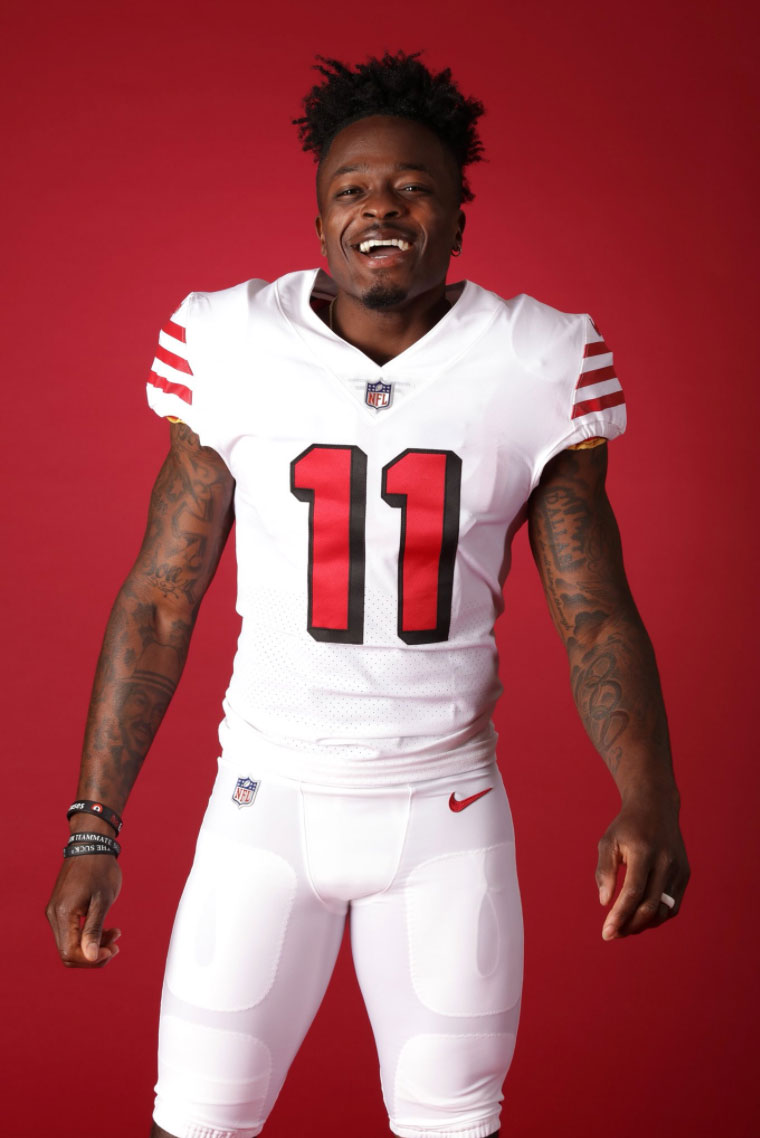