When the Tampa Bay Buccaneers signed Tom Brady this past offseason, the expectation was that he would propel the Buccaneers from a 7-9 team to a Super Bowl contender and while the Bucs are currently 7-4, the team hasn’t been playing like a team that is expected to make a big run.

A lot of the Buccaneers struggles this season has been due to the inconsistent play from Brady and his new head coach Bruce Arians is not shy of calling him out to the media after bad games.

According to ESPN insider Dan Graziano, there might be tension between Arians and Brady, which comes down to Brady not being consistent with a stacked roster that he had some control over:

Tom Brady has thrown five interceptions in his last three weeks and the team has dropped two of those three games. The Buccaneers currently sit in second place in the NFC South behind the 8-2 New Orleans Saints (who’ve already won both meetings against them). 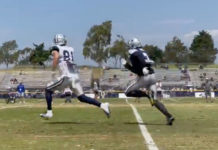