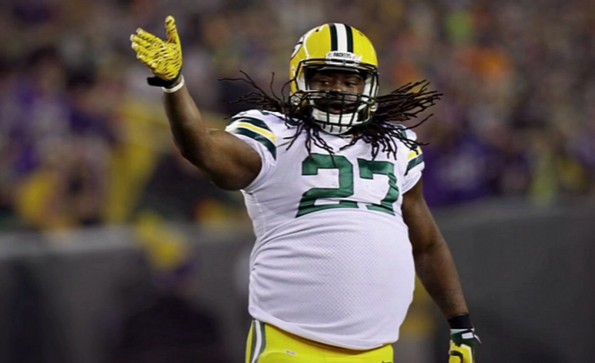 The newest Seattle Seahawk has some work to do before the season starts later this year. Packers RB Eddie Lacy, who weights a whopping 270lbs., was snatched up by the Seahawk Tuesday, signing a one-year contract that not surprisingly, includes a weight clause, among other incentives and stipulations.

If the Seahawks want to keep Lacy’s weight in check, they may want to keep him away from Seattle’s many Chinese restaurants. Apparent by the running back’s tweets, he loves ‘China food’. Someone gathered all of Lacy’s tweets about Chinese food, and the number of them is astounding.

presenting the most dangerous one-two punch in the NFL: Eddie Lacy and china food pic.twitter.com/X0Oa8kNyiH