If you’re a football fan, dressing up as your favorite player is a solid, easy choice. But some commendable people decide to take that to another level and have a little fun. We saw some great ones last year with Ray Rice and Aaron Hernandez but this year holds it’s own.

The most popular of those this year was of course Tom Brady/deflate-gate with injured Tony Romo coming in a close second.

Have a laugh at some of the best we’ve found from this Halloween.

Jason Pierre-Paul? In what world does having your finger get blown off cause people to dress up as you for Halloween. We aren’t sure but we aren’t complaining. Definitely the most risqué of the group, but laughable none the less. Not for the “pc”  folk. 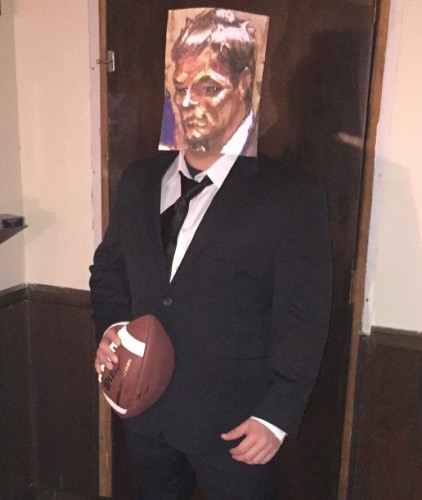 This Brady/liar/deflate-gate costume whatever you want to call it…executed beautifully. Arguably the most creative, this fan went all out mocking Tom Brady, and the cheetah (play on words) head is a nice touch. Of course, what would a proper Romo costume be without some mention of ‘choking’ And a deflated football costume? We approve. Feel free to share sit on the wall of NFL Memes on Facebook and we’ll add it to the article!