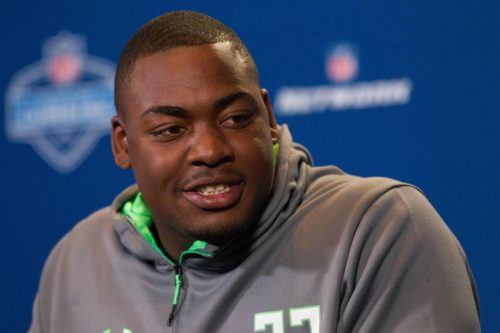 Chris Jones wen’t from the really good defensive lineman, to the guy who’s dick fell out during his 40-yard dash, to now the guy who practically gave Roger Goodell a concussion while giving him the now ceremonial hug walking on stage.

The 6-foot-6, 308 pound big fella out of Mississippi State went with the 6th pick in the 2nd round the Kansas City Chiefs.

No word yet on if Jones will be fined or suspended by Goodell.