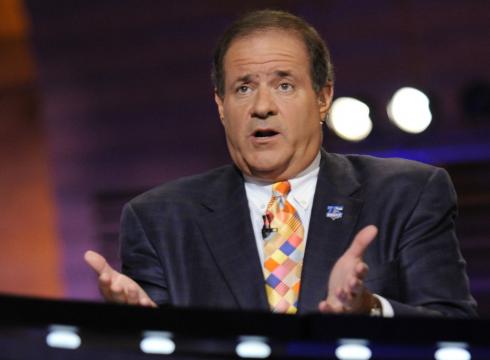 One of the longest tenured employees at ESPN is calling it a career after this upcoming NFL season concludes next year, around the time his contract expires.

Chris Berman, one of the most recognizable voices in sports broadcasting and all his phrased and mannerisms will be no longer after 36 years at the network. The 61-year-old was hired just a month after the network’s initial launch in 1979.

Gaining his fame as a SportsCenter anchor like most at the company do, Berman eventually reached out into other realms, covering golf, baseball and ESPN’s football coverage, where he became the face and voice of “Monday Night Countdown” and “Sunday NFL Countdown” shows.

ESPN has seen numerous changes in recent months, with huge personalities be the like of Colin Cowherd, Skip Bayless, Mike Turico and now Berman leaving the network by means of one way or another.

According to The Big Lead, Berman is unlikely to pursue a position at another network and  ESPN is reportedly planning a grand send-off for Berman “akin to the way the Lakers sent Kobe Bryant into retirement.”

According to Sporting News, It’s not clear who would fill his chair, but it’s been speculated that “NFL Live” host Trey Wingo would be a likely replacement.