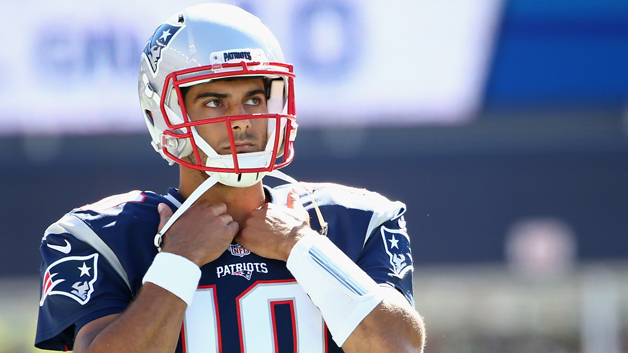 Despite having played a few games in the NFL, Jimmy Garoppolo is the most sought-after QB on the market.

The Patriots backup, who led the team to a 2-1 record during Tom Brady’s absence last season, has been targeted by numerous teams looking for his services, and they seem to be willing to pay up for it.

Though the Patriots haven’t made any notions that they will trade him, Garoppolo posted this Instagram photo to his account on Friday night with the caption ‘La Famiglia‘ after a ‘peace sign’ emoji (translating to peace family), hinting at a possible trade.