What a crazy day for Mexico.

The team suffered an embarrassing 3-0 defeat at the hands of Sweden and saw their World Cup dream in the hands of South Korea, who needed to either tie or defeat Germany for the Mexicans to hold onto their spot in the Round 16.

Well, not only did South Korea defeat Germany, they did it winning 2-0.

Following the game, a bunch of Mexican fans found an elderly South Korean fan and decided to carry him around the stadium, celebrating with him:

The Mexicans found a South Korean outside the stadium 😂 pic.twitter.com/9gG7V9wtOd 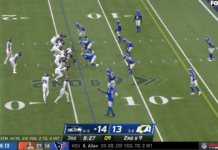