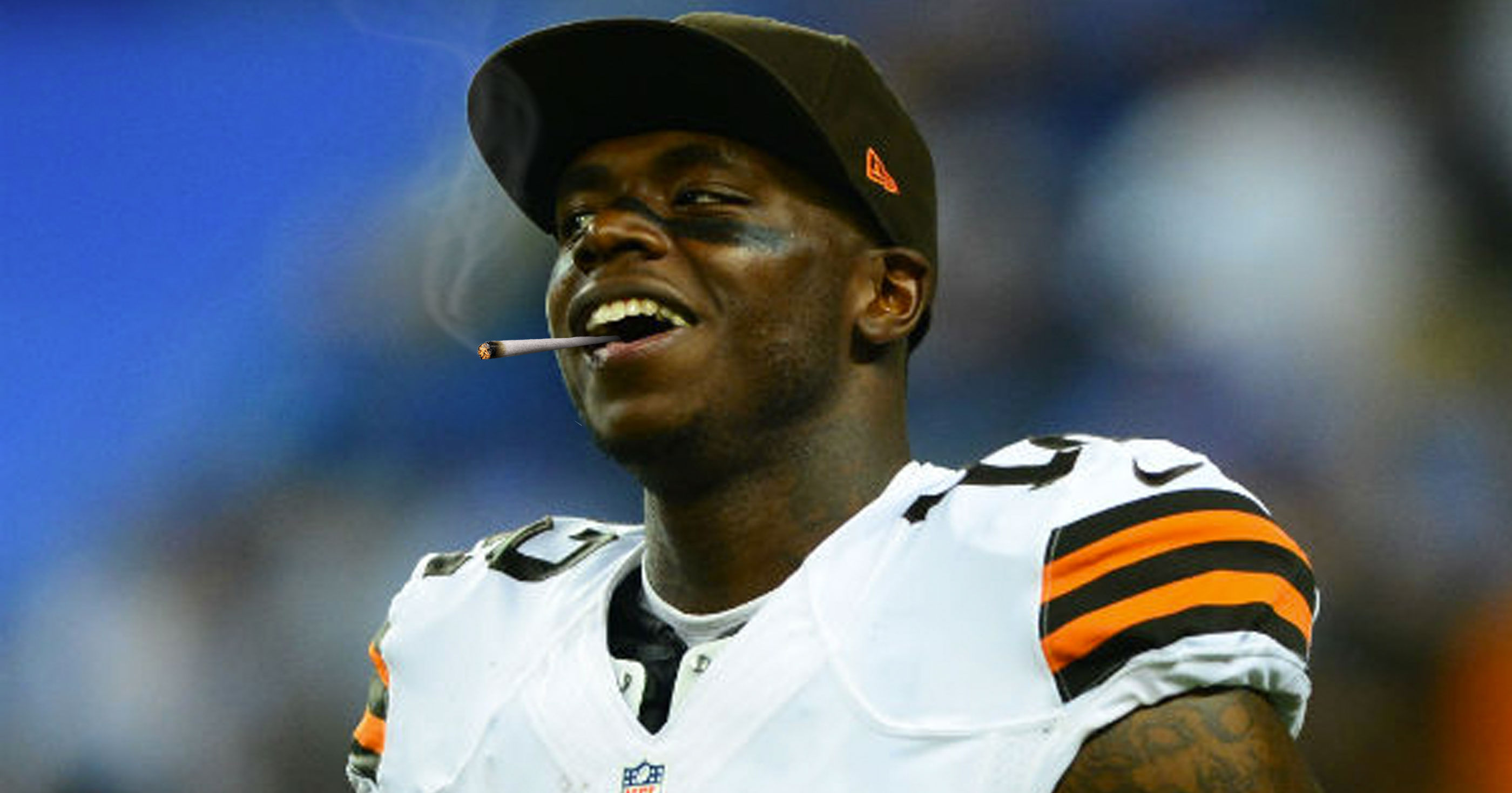 FOXBORO, MA – The Patriots shocked the NFL Monday when they traded for a WR that was not 5’9″ and white.

Josh Gordon is the newest member of the AFC powerhouse Pats after being dealt for a compensatory 5th-round pick.

The troubled WR saw little playing time as a Brown due to a multitude of failed drug tests, a pattern of unreliable behavior that eventually leading to his dismissal.

After an MRI result on a hamstring injury Gordon suffered during Week 1 came back negative, news was broken that the WR would be eligible to play Week 3 with the Pats against the Lions on SNF. That was since now changed.

According to NFL Network’s Ian Rappoport, Gordon was hit with a league-issued drug test upon his arrival in New England on Monday afternoon, which came back positive for violation of the league’ substance abuse policy.

When questioned on the matter, Gordon noted that he was so happy to leave Cleveland that he thought the moment called for a celebratory blunt.

Per Rappoport, there is word yet on how long the suspension will be.