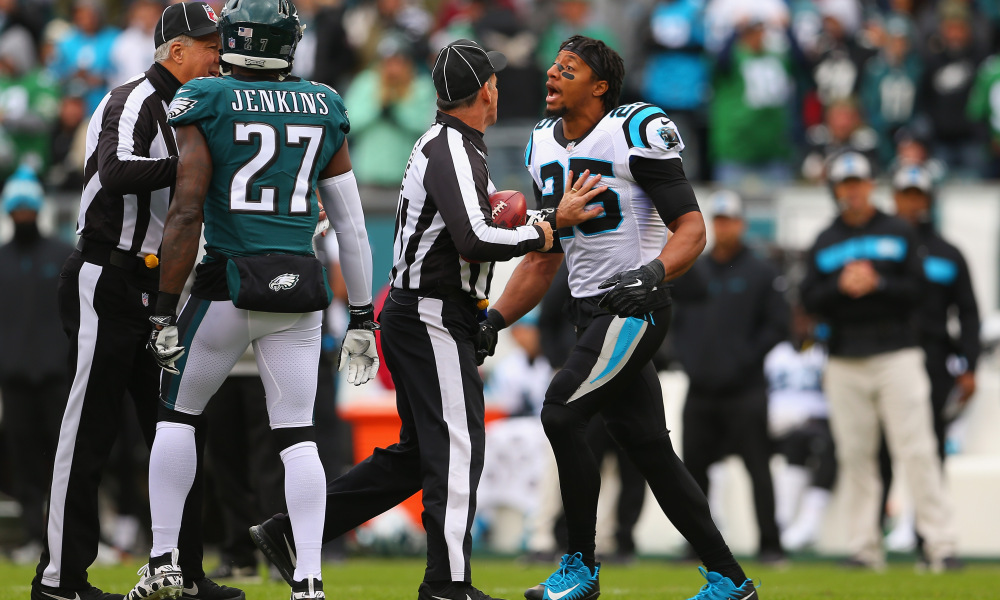 Newly signed Panthers safety Eric Reid got into a pre-game altercation with Philadelphia Eagles safety Malcolm Jenkins, reigniting their disagreement over the handling of the anthem protests that sparked a national outrage last year.

While the pregame coin toss was taking place on Sunday, FOX cameras caught Reid addressing Jenkins, who stepped up to Reid. The back-and-fourth continued as several teammates had to restrain Reid.

Following the game, Reid was asked about the comments and he didn’t shy about his thoughts on the Eagles safety, calling him a “sell-out”:

After Reid’s comments, Jenkins was asked about it and here’s what he had to say:

Malcolm Jenkins responds to being called a “sellout” by Eric Reid. pic.twitter.com/rYpcvyvRov

The Panthers went on to defeat the Eagles 21-17 thanks to a 21-point fourth quarter thanks to quarterback Cam Newton.