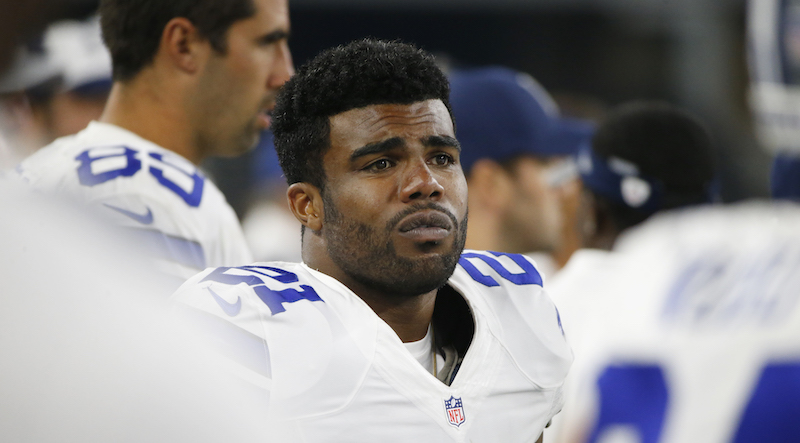 Ezekiel Elliott is finding himself in a handful of controversy Monday after he grabbed a handful of a woman’s shirt and pulled it down during a St. Patrick’s Day parade.

The Cowboys star running back, who is currently under investigation for domestic violence allegations made against him last year, pulled a women’s top down, exposing her breast on top of a Dallas bar.

Suspend Ezekiel Elliott! He has no respect for women.. I am literally shaking!! @nflcommish pic.twitter.com/hgNyRmglmu

No word yet on if either Roger Goodell will suspend Elliott for the rest of his life or the Cowboys will offer him a contract extension after seeing this.