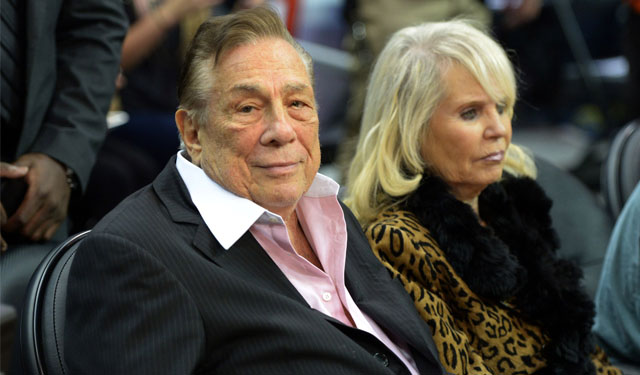 Last night we wrote about Donald Sterling’s racist audio which can be heard here. Today we have reactions around the NBA:
(We will be updating this last accordingly so check back for more)

LeBron James, “There is no room for Donald Sterling in our league.”

I couldn’t play for him

“On behalf of the National Basketball Players Association, this is a very serious issue which we will address aggressively. We have asked Mayor Kevin Johnson to expand his responsibilities with the NBPA, to determine our response and our next steps. As players, we owe it to our teams and our fans to keep our focus on our game, the playoffs, and a drive to the Finals.”

.@cjbycookie and I will never go to a Clippers game again as long as Donald Sterling is the owner.

Noah on Sterling: “I don’t know enough about the situation to pass judgment. I don’t know if it was him or what was going on. But (cont.)

Noah: “. . it’s an unfortunate situation. It’s really sad that there are still people who think that way.”

Doc Rivers: “JJ Redick was just pissed as Chris Paul.” Clippers talked it out in pre practice meeting. Boycotting brought up. Doc against it

I know coaches & players play for each other & especially THE FANS, but it would be hard for me to play another game for Sterling. #NBA

That’s the way it is…He is honest about what he believes in..Been going on for a long time, Hats off 2 the Team.. 4 playin above it all.

I don’t blame you Magic

“He has a history of being a bigot and a racist.”

Damian Lillard on Sterling: “If that was up to me, as far as what organization I would choose to be a part of, I wouldn’t be a part of that”