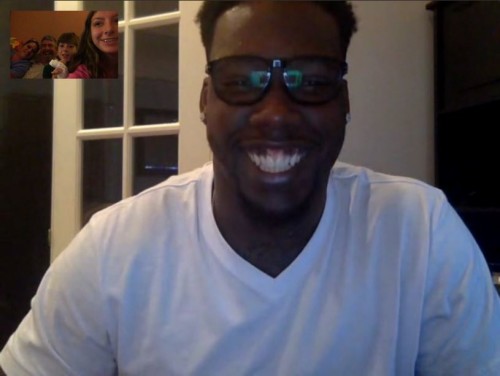 Jason Pierre-Paul has made an amazing recovery from his traumatic July 4th fireworks accident in which he had his index finger amputated and suffered serious damage to his right hand. He’s in his second game back and hasn’t looked like he has lost a step, having great success on the field.

But Pierre-Paul is also having success off the field by using his accident to help others. Pierre-Paul had tracked down an 11-year old boy, Seamus Bohannon, of Folsom, Pa., and FaceTimed him on Tuesday night to provide advice and encouragement on how to handle the situation.

Seamus’ had was entangled in a bike chain earlier this month and had surgery, where he lost parts of two of his fingers:

@UDWJPP@Giants please send my brother some encouraging words it would mean a lot!! pic.twitter.com/LyYLAMbeIc

Pierre-Paul’s message to Seamus was motivational. “Stay strong. Stay tough and you have to work hard at it,” Christine Bohannan, the mother of Seamus told NJ.com.

Seamus, who also is a football player hopes to return to the field and continue his football dream just like Pierre-Paul did. But he’s also a young teenage boy and like Pierre-Paul, he’s expecting to be made fun of because of his hand.

Pierre-Paul, who you already know has received his share of mockery, understands. His advice to Seamus on how to handle the jokes and comments?

Pierre-Paul stressed to Seamus how important it is to work hard, think positive and gave his insight on the experience. 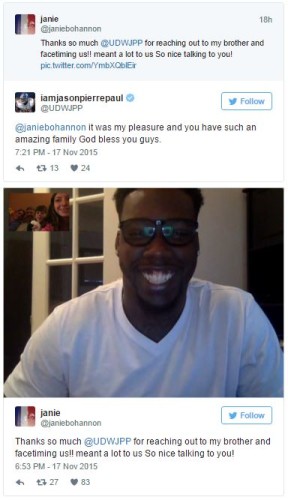 Seamus is a Detroit Lions fan but was still grateful JPP called.

This shows that Jason Pierre-Paul is in very good spirits and is using this experience to help others as he continues his career in the NFL.