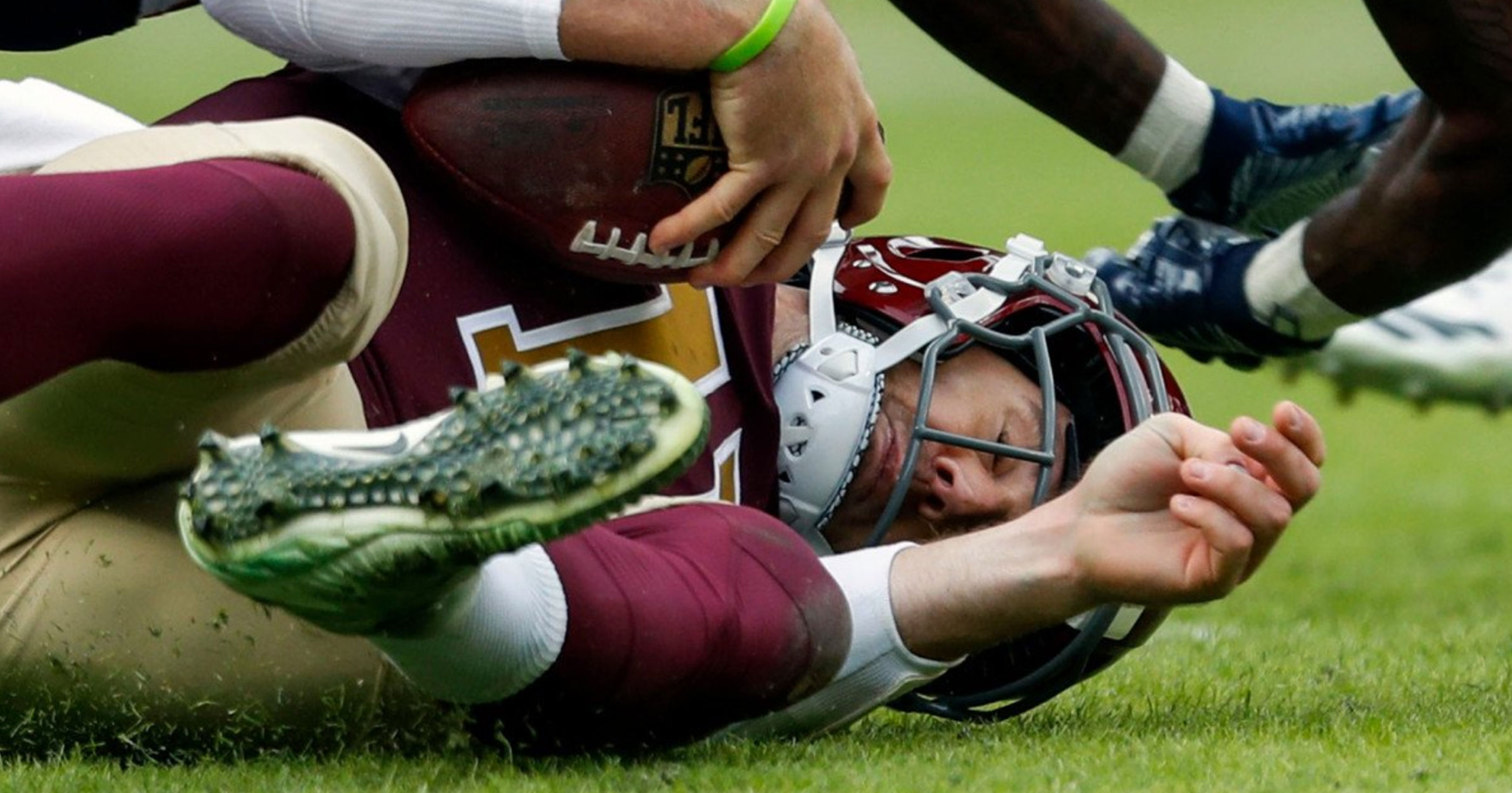 The Washington Redskins lost their game against the Texans Sunday and they also lost their quarterback for the year courtesy of a gruesome leg injury reminiscent of Joe Theismann’s – ironically occurring on the 33rd anniversary of it.

When getting sacked by J.J. Watt and Kareem Jackson in the third quarter, Smith broke his right tibia and fibula, leaving his foot hanging from his ankle.

A gruesome photo has emerged showing the moment right when his leg bones snapped. 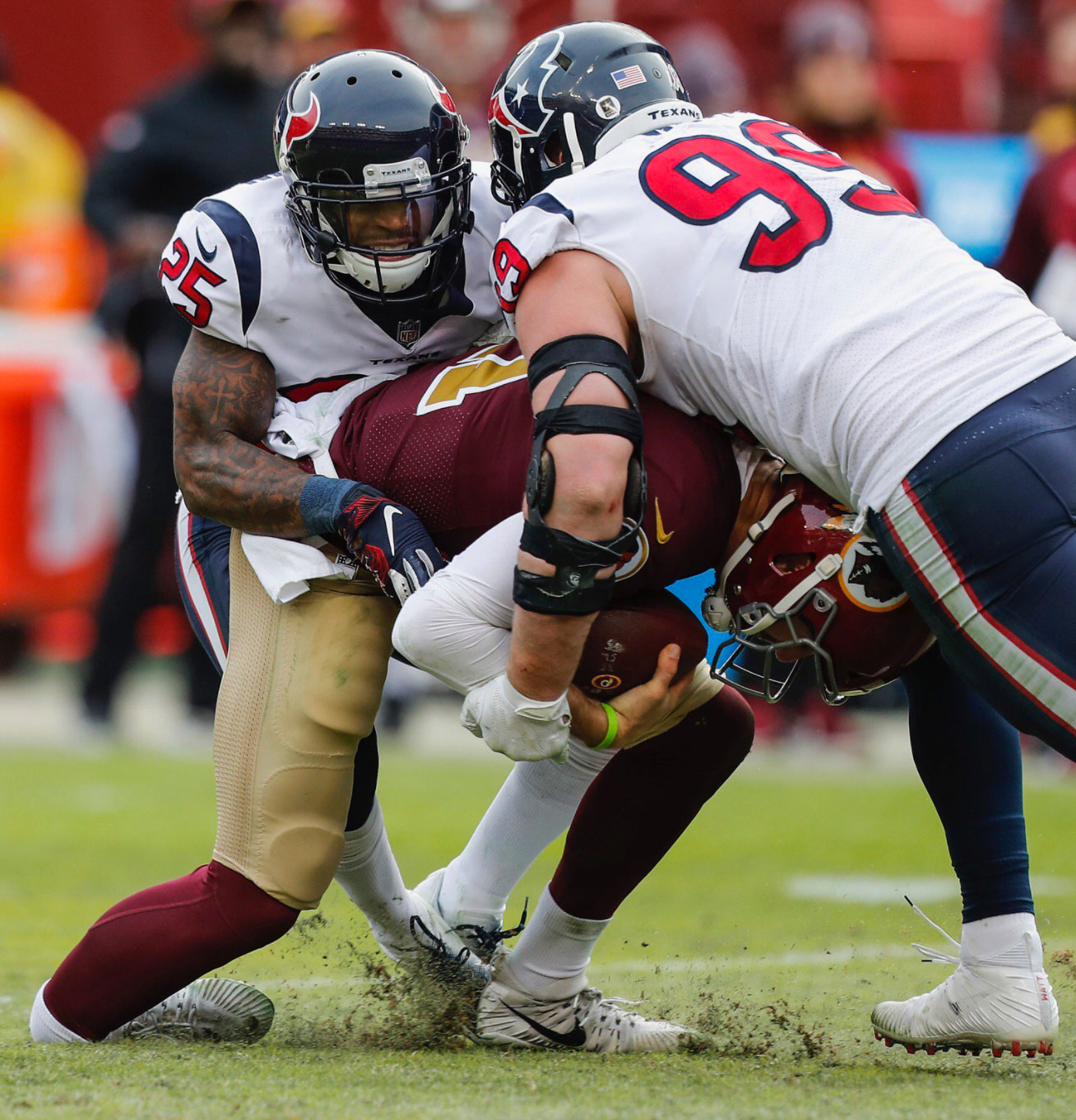