Josh Norman is becoming a well known name in the NFL for two things, his spectacular cornerback play and the scuffles which ensued during Sunday’s game against Odell Beckham and the New York Giants.

Norman, who’s been undoubtedly the best cornerback in the league this season lined up opposite to arguably the best Wide Receiver in the NFL right now, and things got ugly. The pair drew 4 personal foul penalties between them, one which Beckham should have been ejected on. Norman is known for being a trash-talker on the field and it didn’t surprise us when we thought back a few months to this year’s Panthers training camp, when him and even his own QB, Cam Newton got into things during practice.

Newton and Norman had to be separated after exchanging some shoves and blows during an altercation that follows a Norman pick of Cam, to which he clearly took execution to. 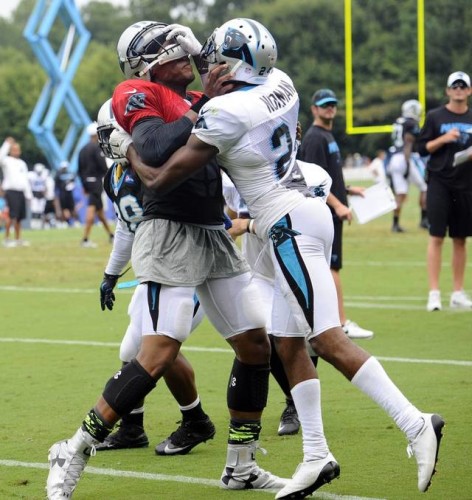 Good to see things are fine and dandy now, how can they not be when you’re 14-0.