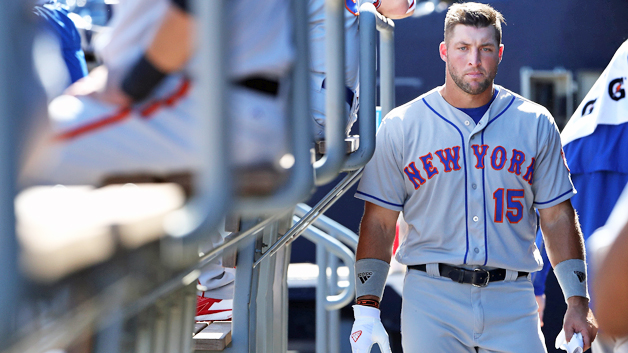 While most sports teams offer promotions for their team’s accomplishments, one team is doing such for the other team’s downfall – Tim Tebow’s downfall to be specific.

The Mets assigned the former football player to their Low-A affiliate, the Columbia Fireflies, to open the 2017 season.

When the Fireflies face the Greenville Drive (a Boston Red Sox affiliate) on June 13th, 14th and 15th, Drive fans will be able to score free Burger King Whoppers if Tebow strikes out 3 times.

Welp, we know who our @BurgerKing #StrikeoutKing @ #FluorField will be 6/13-15. Guaranteed Whoppers for everyone when @TimTebow K’s 3x! https://t.co/L4J5OtTMVh

The Drive also don’t seem too big of fans of Tebow, as evident by their tweets.

@GreenvilleDrive why judge so early? If he can play let him play. Been plenty of HS players given opp well above their current talent.

We’re not judging…okay, maybe we are. Big difference in HS kids playing in Class A and 28-year-old wannabes https://t.co/NmUKODaPiA

I guess we’ll call it a day. Thanks for playing along. Apparently some were offended & for that we apologize #LetsGlowTebow pic.twitter.com/FlmXLZ4i6z

@GreenvilleDrive nobody is crying Drive, it’s just rude, I mean the guy is a great role model for younger kids and y’all pull this. #lowBlow