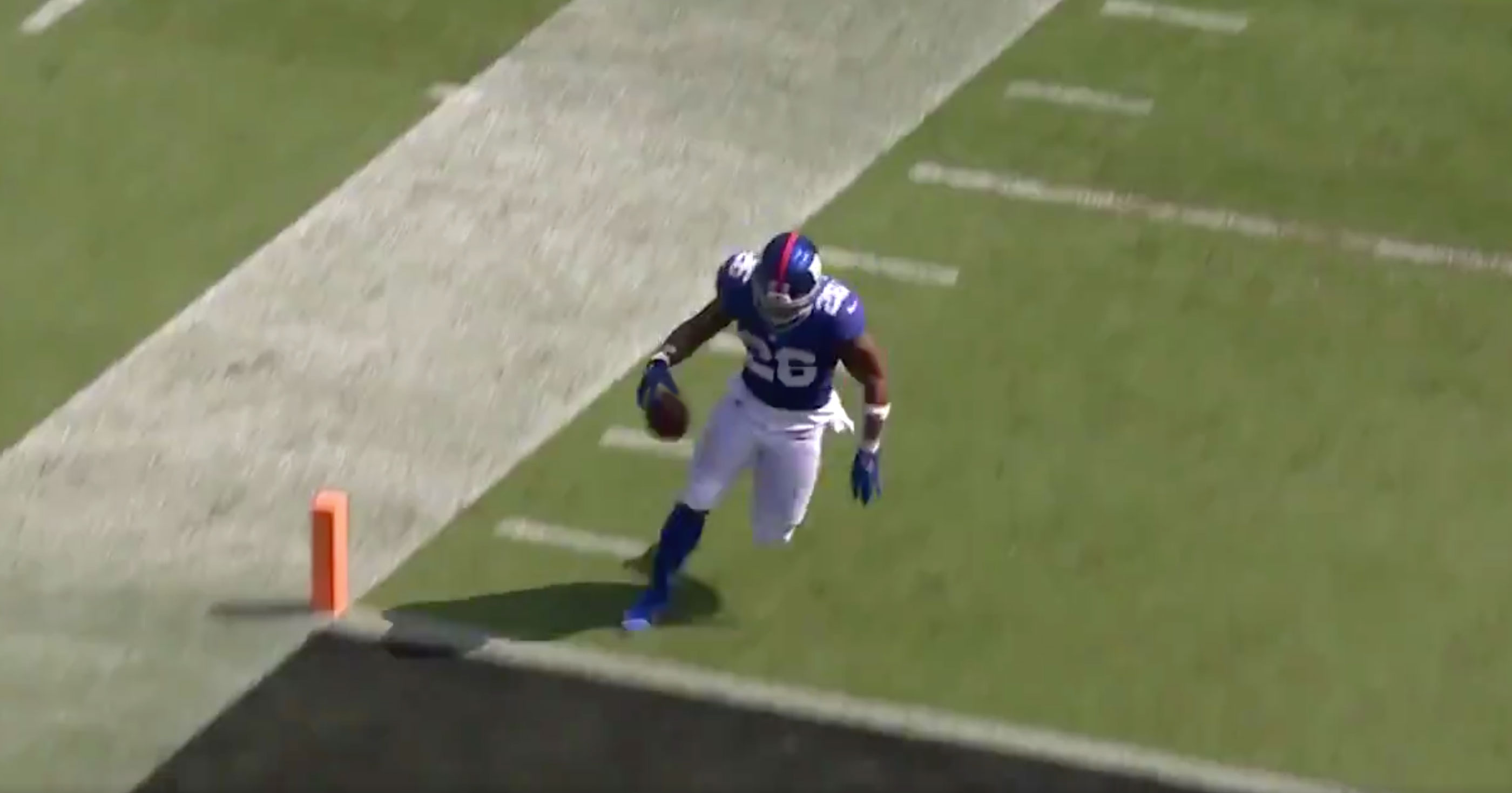 Why. How does this keep happening.

In what first seemed like a anomaly when then Eagles WR DeSean Jackson infamously dropped the ball prior to crossing the goal line against the Cowboys in 2008 seems to have become a weekly occurrence in college football or the NFL.

Saquon Barkley may have have the latest perpetuator.

The Giants running back was on the receiving end of a trick play with Odell Beckham throwing a pass back across the field to Barkley, only to have appeared to drop the ball before crossing the goal line.

In a game that was filled with questionable calls and absent reviews, the play was not received nor challenged.

Um, they should have reviewed this @Giants @saquon TD. I’ll never understand why players are so quick to drop the ball to celebrate. Score first. @NFL @KennyAlbert pic.twitter.com/VdrmMCM23q

Did he drop the ball before crossing the end zone?