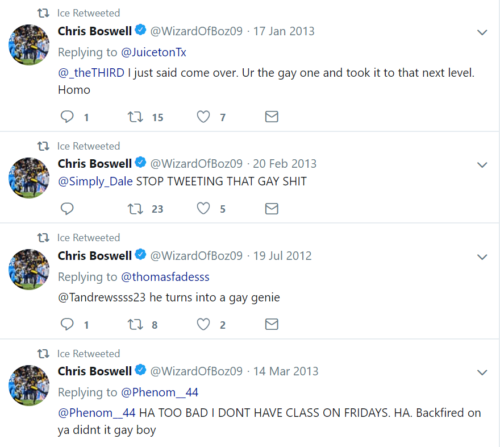 The 27-year old Boswell was a Pro Bowler in 2017 but has struggled for most of the season including a miss on a potential game-tying, 40-yard field goal on the final play of a Week 14 loss to the Oakland Raiders.

Boswell missed a field goal during Sunday’s game vs Patriots but was able to hit a 48-yard field goal later in the game to extend the lead to 10-points.