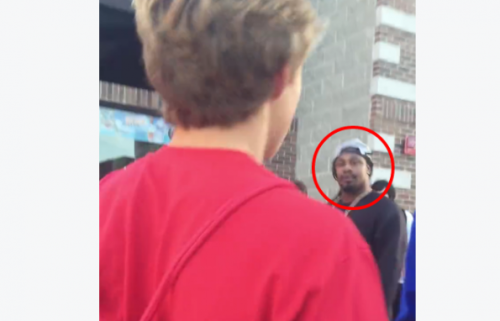 Marshawn Lynch and the Seattle Seahawks are set to take on the Green Bay Packers at Lambeau Field on Sunday night, so the Seahawks star running back is currently in Wisconsin.

But he can’t even take a leisurely stroll without getting followed by a group of fans, who were content to awkwardly lurk behind him—no autographs, no pictures, nothing.

Lynch, well-known for his distaste for human interaction that doesn’t involve football or money-making endorsements, told the crowd to “back up off” him.

And rightfully so. Let Lynch live, everyone.