With his domestic violence court case with sentences reaching a year in jail having been sent to a grand jury, Johnny Manziel seems to be doing everything he can to take his mind off the it – which by his standards, means a vacation to South Beach to party and bang models.

A swimwear model named Bianca Ghezzi posted a video compilation to her Instagram account of her and Manziel in bed, which also includes her throwing stacks off money off the 2nd story balcony and holding it poolside.

See that tattoo in the video? Ring a bell? Here are some images of the pad: 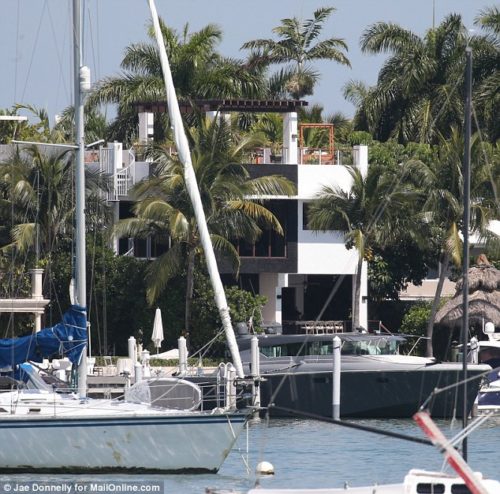 Ghezzi says Manziel is in Florida with a group of close friends’ who are doing their best to keep his mind off the impending court case. She told Daily Mail Online that

“Johnny’s having a tough time of it, we’re all trying to keep his mind off the court case. When Johnny gets upset, his friends are saying, “you know what, why don’t we go out to dinner, let’s go out to this club. There’s no recklessness about it, he’s doing what any average guy his age would be doing and his friends are doing their best to be supportive. He’s in Miami to have fun, but having had conversations with his friends I can tell he’s going through a tough time. For the situation that’s going on you’d think he would be taking it a lot harder but I think he’s trying to stay positive with everything that’s going on. If you sit around and think about all the negative things that are potentially going to happen, I think it’s going to drive you crazy.”

The QB also avoided an mention his ex-girlfriend Colleen Crowley, the woman who accused him of hitting her so hard, her eardrum popped.

Ghezzi added, ‘He’s such a sweetheart, he’s a reserved guy. He doesn’t talk often, he’s really quiet, I don’t think he’d want to bring Colleen up with me.”

The swimwear and fashion line model also said Manziel is trying his best to be ‘well-behaved’.

“It’s Miami and things get a little out of control down here and he’s able to keep himself together, he’s not completely wasted all the time, he’s not taking drugs. He’s purposely trying to keep himself away from people taking pictures of him, all the girls he doesn’t know who are trying to get his attention. He’s surrounding himself with friends that care about him.”

The model was not an apparent one-night stand, as her and Manziel’s relationship go back for quite a while, to which she added they were “just having fun’ together while he’s in town.”

“He texted me at 6am and was like, “I’m coming to Miami”. He’s been here for over a week and leaves Wednesday. There was a good amount of people that would come and visit the villa while I was there. It is a large residence with a pool. Me and a couple of my friends stayed overnight.”

According to Daily Mail, the star booked a 5-star hotel upon first arriving in Miami Beach, but was then forced to switch hotels every night due to the swirling attention that would follow, before eventually moving into the private villa seen here.

“People were finding out where he was staying and they were following him and taking photos,’ said Ghezzi. “There are girls who are coming up to his table in clubs and pretending they are with him. There’s a sense of frustration with Johnny, he’s trying to avoid all that.”

“I think this is not as much an old Johnny Manziel, partying wanting to get wasted, I think now it’s more about him trying to keep busy and trying to keep his mind off of it.”

When Daily Mail asked what went on between the two at the villa [referring to the previous night], she giggled and said, ‘You will have to ask Johnny about that.’

“I wasn’t straddling him, I was sitting next to him on a bed and he gave me his wrist band. I didn’t even realize his tattoos were so noticeable. Johnny was really sweet to everyone at the house, if people wanted food he would give them money to get groceries. This guy is such a huge gentleman. When I would leave to go to my place to change, he would Facetime me and say, ‘Hey Bianca just wanted to make sure you got home safe. People are making him out to be this horrible person, but he does have this Texas air, this chivalry and cute little accent, it sounds cliché, but how do you say something negative about someone who is constantly concerned about your well-being. People are saying that all Johnny does is party, but his rationale is, ‘well I’m damned if I do, I’m damned if I don’t.”

Here are some pics of Ghezzi: 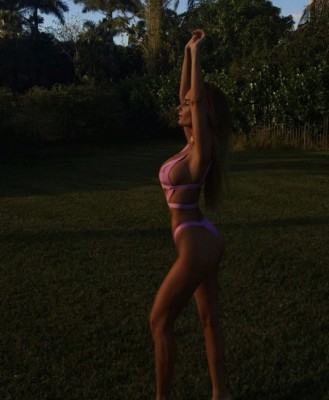 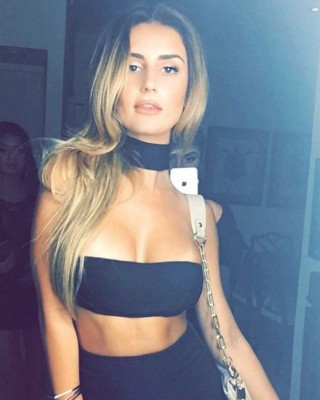 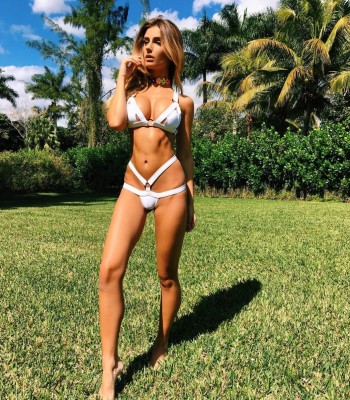