We’re not sure how much of the Game of Thrones watching market and NFL fans intersect, but for those who watch both, this is a good one.

The two may have more in common than we think. Both are some of the most watched programs on television and even some GoT characters have a history playing football.

The guys over at UPROXX Sports who are known for churning out some pretty cool logo mashups via artist Dave Rappoccio have created their latest one, a Game Of Thrones/NFL logo mashup for all 32 teams. 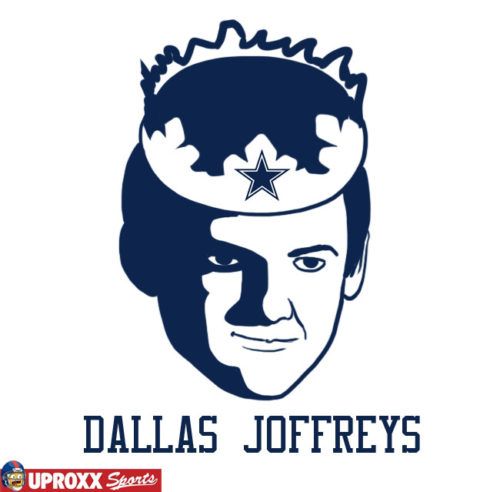 Dallas Cowboys – Joffrey Baratheon (Lannister)
An overinflated sense of entitlement a massive ego. Joffrey thinks Joffrey is the greatest, but really everyone just hates him. 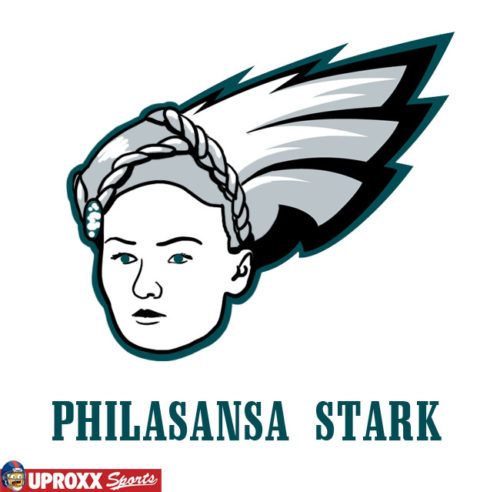 Philadelphia Eagles – Sansa Stark
Endless dumb trades. Sounds like Sansa’s entire tenure on the show and sounds like the Eagles front office for the past several years. Every time things look up, something terrible happens and everyone wonders when the nightmare will end. Detroit Lions – Tyrion Lannister
Before you get mad about wishing Tyrion was a better team, think about this — besides being a Lion (the Lannisters’ symbol), Tyrion has been a beloved character who everybody roots for, but essentially lives in a cruel and hateful world that is unfair to him in every way. That’s basically how the Lions have felt for decades. Everyone roots for Tyrion and the Lions, except the world in which they live. Carolina Panthers – Daario Naharis
Daario is smooth and sultry and makes some people slightly uncomfortable with how sexy he is, like a white middle aged version of Cam Newton. Also, if you’ve read the books, you know that he has a blue beard. No, I’m not kidding, the books get weird. San Francisco 49ers – Tywin Lannister
A former great power who died on the toilet due to hubris. (Did you even watch the 49ers last year after they stupidly fired Jim Harbaugh?) Tywin was a big important power from the western coast who built his name on gold. Seattle Seahawks – Arya
Arya is a small force of nature (Russell Wilson). But honestly Arya is trying to learn how to be a nameless face in the crowd, capable of bandwagoning anything at any time, like a true 12. New England Patriots – Ramsay Bolton
Ramsay cheats to win and is the most evil thing put on television, and we cannot wait til he finally dies. 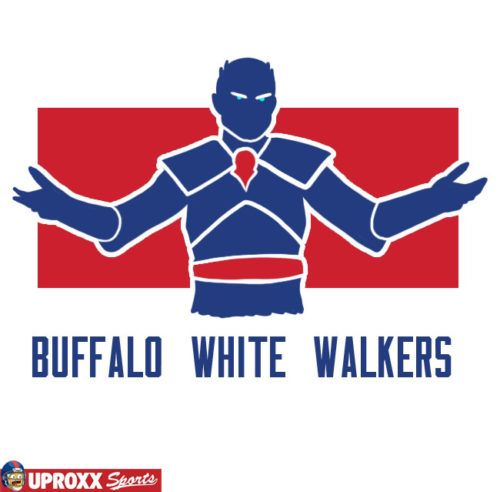 Buffalo Bills – The White Walker King
You’d turn into a cold, evil husk if you lived in upstate New York, too. Plus, the Bills like to play north of the wall all the time in Toronto. New York Jets – Daenerys Targaryen
The Jets get a lot of hype every year, but each time we think they might actually do something, they get stuck in a rut not doing what we want them to do and just TAKE OVER WESTEROS/AFC EAST ALREADY PLEASE STOP WASTING OUR TIME AND DO THAT THING YOU HAVE BEEN PROMISING FOR SIX SEASONS. Also, Jets fly fast, like dragons. Pittsburgh Steelers – Stannis Baratheon
The Steelers have won six Super Bowls and are convinced they’re the king of the NFL. They have a legitimate claim to the throne, but they also have certain leaders on their team who have probably done pretty horrible things. 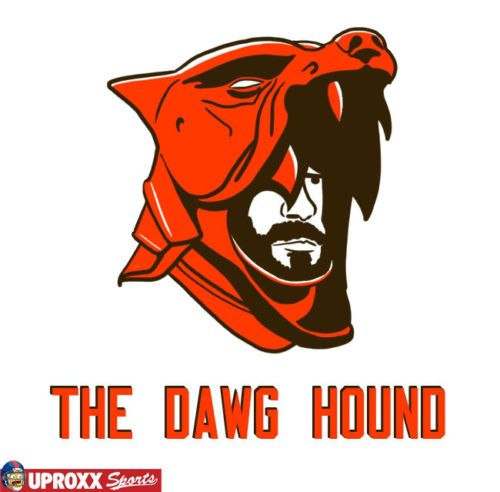 Cleveland Browns – The Hound
Dawg Pound. The Hound. Just accept that for once, the Browns are the best on a list.

See the rest at here!