The man who was a professional football player by age 20, a millionaire by age 22, a murderer by age 25, and dead by age 27 couldn’t stray away from the life of gangs, drags and crime despite such a promising future.

With the news of his death, the internet had a field day…

BREAKING NEWS: Aaron Hernandez ruled out for the season(Suicide).

Aaron Hernandez hanged himself to death. Which means a killer tight end got killed by a tight end.

Just when I added Aaron Hernandez to my fantasy roster.

They say watching former Florida teammate Tim Tebow attempt to play baseball is what drove Aaron Hernandez over the edge.

The memes were abundant as well… 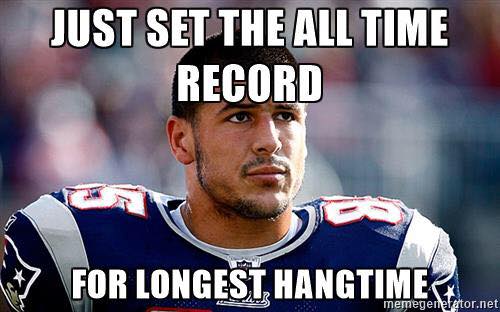