Mia Khalifa is no stranger to breast surgery, and it looks like she’ll undergo yet another, but this time for a more serious matter.

The former adult firm star was hit in the breast by an flying rogue hockey puck while watching a Washington Capitals game against Tampa Bay Lightning last season. She’ll need surgery to correct the damage to the implant.

“I was sitting behind the glass during a game, and it came shooting over the glass and it caught me so off guard and I had no idea it was coming,” Khalifa told the Daily Star.

“I grabbed my chest and I didn’t want to let go, because I felt like if I did let go blood was going to be everywhere. I got to take it home, it was the single greatest souvenir any hockey fan can get: a game-used puck that comes at you and hits you. They’re really heavy, it’s pure rubber, they go at about 80mph. My left breast is slightly deflated now, and I will be getting it fixed next year.” 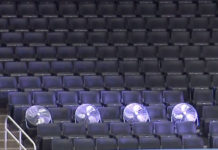 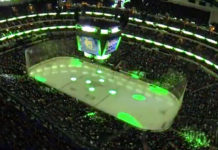 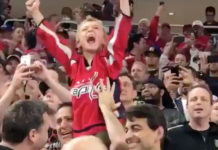