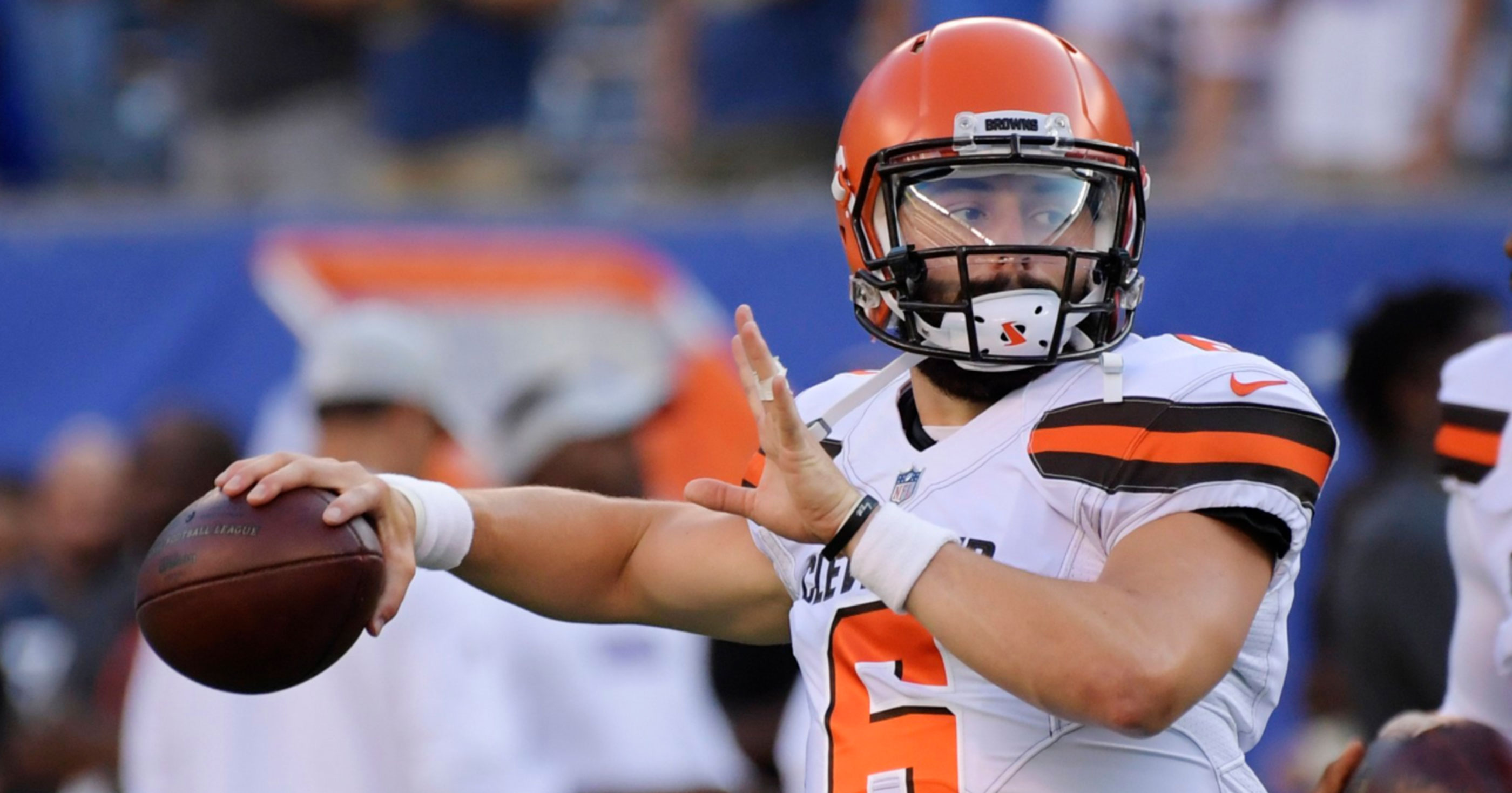 The Browns No. 1 overall pick in this year’s draft tossed a touchdown pass to TE David Njoku on his first NFL drive after entering Cleveland’s preseason game against the Giants Thursday night.

Baker Mayfield throws a touchdown to David Njoku, 2nd for Njoku in this game, the first one came from Tyrod.pic.twitter.com/PhJRVPu98F

The touchdown capped off the impressive drive, which featured a beautiful back-shoulder throw as well as a scramble for a first down under pressure on 3rd & 18.