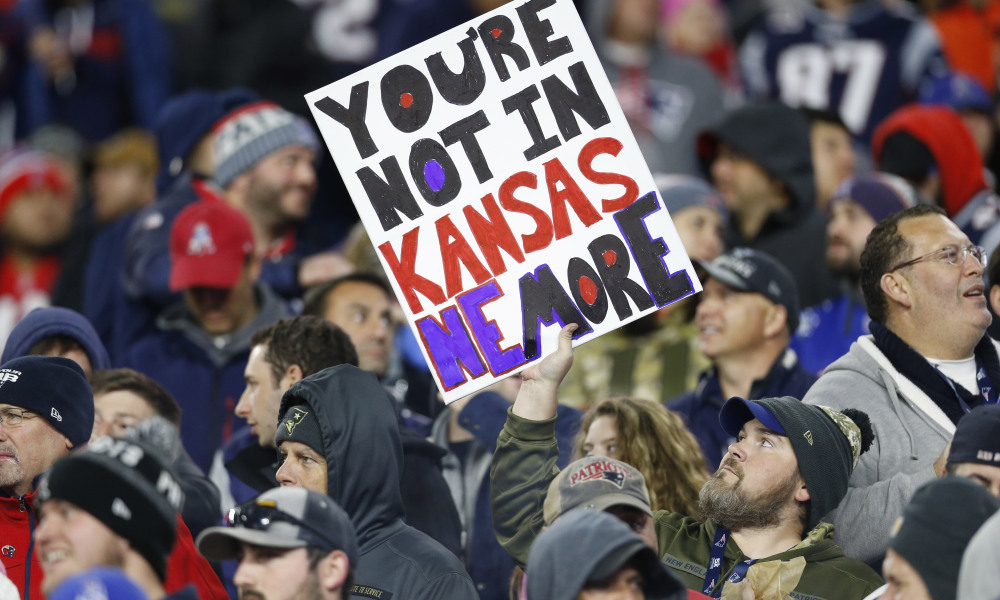 Yesterday was a great sports night for people in the New England-area. They got to see the Red Sox tie up the ALCS and the Patriots pick up a huge victory on Sunday Night Football against the red-hot Kansas City Chiefs.

However, the great night didn’t go so well for Patriots fans who went ahead and ruined the reputation for their entire fanbase with some classless actions.

Not only did a couple of Patriots fans throw beer at Chiefs WR Tyreek Hill but according to Chiefs radio producer Dan Israel, some fans stole their radio equipment as they were leaving the stadium:

Patriots fans stole equipment from our booth as they were exiting the stadium today. Seriously, they have become the worst fans in the league.

Obviously, this doesn’t mean all Pats’ fans are thieves, but according to Israel, this isn’t the first time something like this happened:

Fair enough. However, we’ve had some type of conflict each visit since they built Gillette. It’s not our fault the patriots put us close to the fans. We’re there doing a job. And it’s getting worse with each visit. Just sayin’

This is a horrible look, Patriots fans.